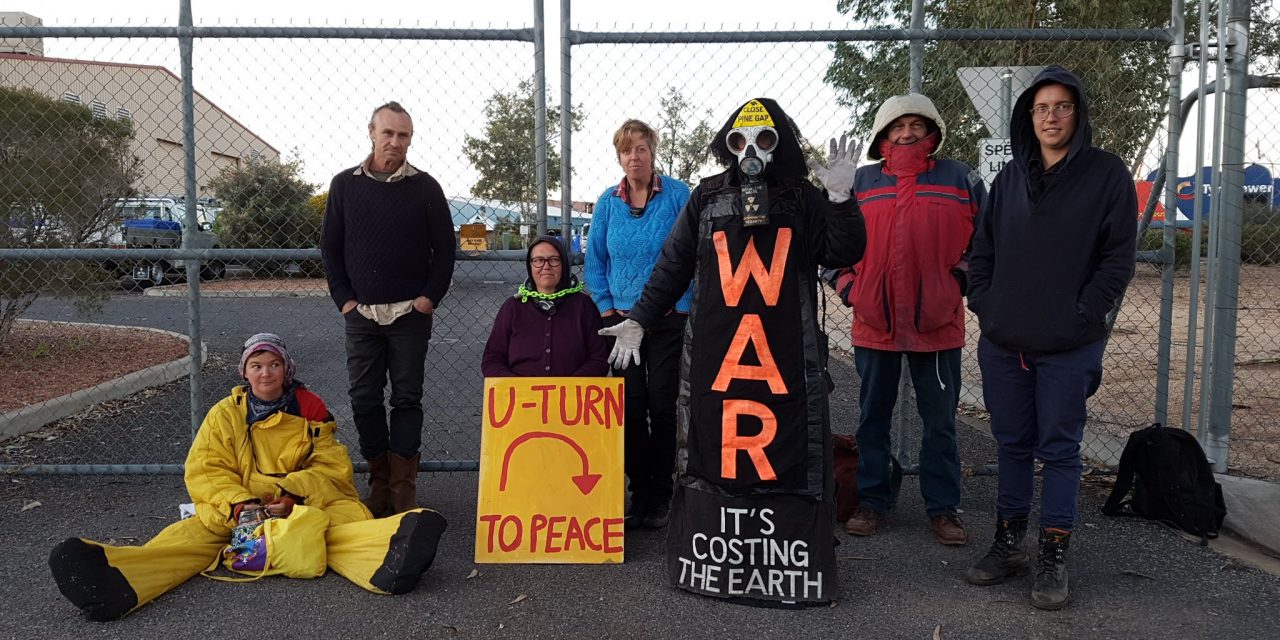 Early this morning activists shut down the Raytheon facility in Alice Springs. Four activists remain locked onto the gates of the facility preventing employees from engaging in the machinations of war today. This action is one in a series of protests against the military-industrial complex that supplies the joint US-Australian military base at Pine Gap. Raytheon trades in and profits from the death and destruction of war mongering. They produce a range of tools of war from technical equipment through to UN-prohibited cluster bombs.

Activists include nurses, community workers, students, parents and grandparents. Young and old they are concerned that the Australian prime minister can take us to war with no debate in parliament nor consultation with the people; we have no say in the increasing build-up of US military personnel in this country.  Pine Gap renders us complicit in the murder of many innocent people by bombs dropped from drones by the US and facilitated through the Pine Gap radon array.

Jacob Grech, one of the people locked onto the gate said “The fact that huge profit-making corporations are directly involved in the operation of Pine Gap is often overlooked. We are here to bring awareness to the people so that they may act to end war together”.

Gaye Demanuele, grandmother of five, stated that acts of civil disobedience by the people are now imperative. “Our governments have failed us in the name of profit and power. It is now up to us to act to end senseless wars.”

Close Pine Gap protestors demand the closure of the Pine Gap base with the return of the land to the traditional custodians of the land, the Arrente people.