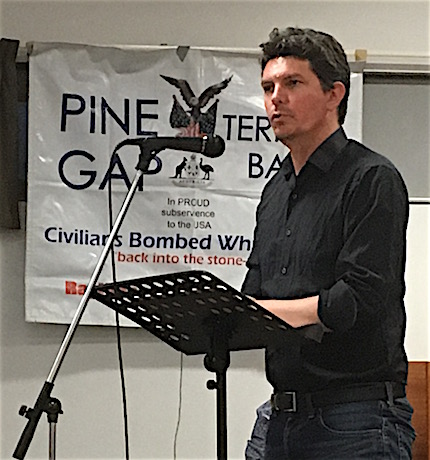 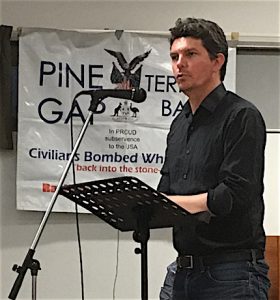 Justice John Reeves today overruled Crown objections to allow former senator Scott Ludlum to answer questions about the role Pine Gap military base has in the US drone warfare program.

The questions came from defendant Andrew Paine, following the opening of the defence case in the trial of five Peace Pilgrims charged with entering the Pine Gap prohibited area in September last year.

Mr Paine said the question went to the defendants’ belief that they were acting to prevent harm to others and to the objective reasonableness of that belief.

Mr Paine struggled to put the question in a form that the Crown would not object to. After a number of attempts and objections on relevance, Justice Reeves asked: The nature of the emergency (prompting the five to act as they did) was relevant, was it not?

Crown Prosecutor Michael McHigh replied that what the accuse believed is relevant, but not the basis of that belief.