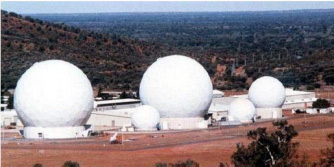 Do you know that your mobile phone conversations can be monitored by the Pine Gap US communications facility which down loads acquired visual and radio information from the US spy satellites over the Indian and Pacific oceans. All of Australia is within their listening footprint.

This super spying facility is situated 20 km south west of Alice Springs and analyses radio communications picked up from all over South East Asia and the Middle East as well as Australia.

Data processed by the CIA and US military operatives at Pine Gap provide targets for US missiles, bombs and drones, intelligence for US economic and military activity.

Pine Gap provides support for the US killer drone program which has killed thousands of “militant suspects” and many more innocent civilians. These US missile strikes have occurred in Pakistan, Afghanistan, Yemen Somalia and Iraq , countries with which we are not at war.

This illegal killer drone program implicates the Australian Government and people in these extra-judicial killings and murder of innocent civilians, since Pine Gap is stationed on our soil.

Pine Gap is one of the major United States war fighting and intelligence (spying) bases in the world.

It makes Australia an inter-continental missile target in times of US wars on countries in our region such as China.

Nick Deane, a spokesperson for IPAN (Independent and Peaceful Australia Network), says, ”It is time to close Pine Gap ; it is of no benefit to us; indeed it is a dangerous facility on our soil. I urge all concerned people to sign the Close Pine Gap petition which IPAN is circulating and which will be presented to the House of Representatives later this year”.

He said, “You can access the Close Pine Gap petition at bit.do/closepinegap

Nick continued “Pine Gap will be the target of protest by anti-war activists in late September this year and concerned persons may register for the IPAN anti-war conference in Alice Springs and Pine Gap protests at www. IPAN.org.au”

The petition is available at: bit.do/closepinegap

The following are available for interviews: 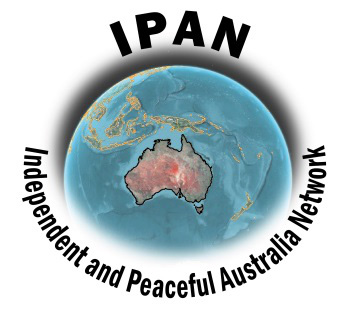