Right now our peace convergence is at the gates of Pine Gap!

Peacefully blockading to #ClosePineGap and oppose US drones killing civilian, data collection / surveillance on citizens and US war making on sovereign Arrente land. 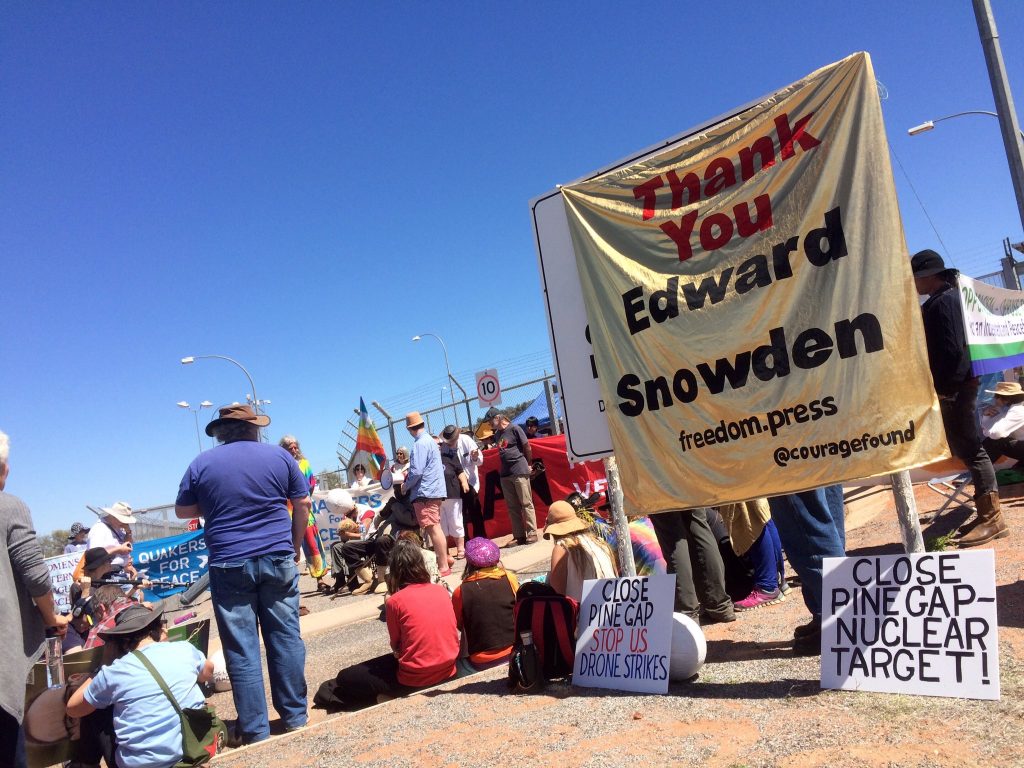 Can you join us now? Spread the word by tweeting and posting on your personal social media a selfie with a #ClosePineGap sign like Marcella just tweeted: 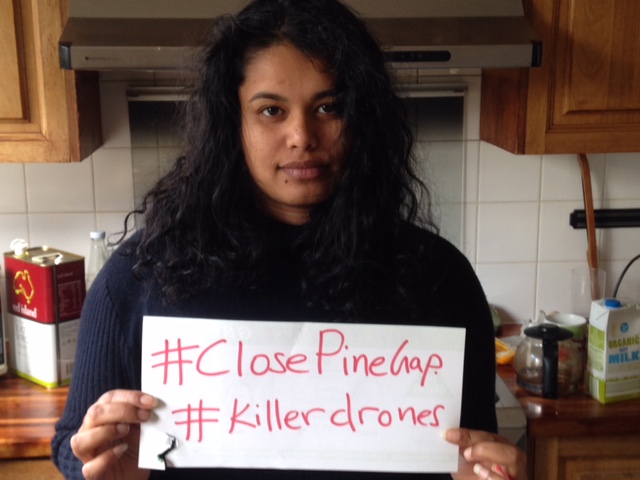 Include your family / pets / friends / neighbours in the selfie or just you is enough to create a national buzz.

Yesterday, you may have read in media that five peace pilgrims were arrested after trespassing non-violently and playing their musical instruments in a beautiful dawn lament for the hundreds of thousands of innocent lives lost in US wars. The five were arrested but were not charged as the AFP did not follow proper procedure as reported on ABC news

And did you see our amazing day long lock on action at Raytheon yesterday to stop supplies to Pine Gap?  We are getting noticed and making a contribution to Peace in this country.

Now we stand at the gates of a brutal, endless war perpetrated by Australian and US militaries on our soil at Pine Gap. Stand with us and let out a powerful call for justice and peace, post your selfie now and retweet and post #ClosePineGap words and images.

And please send this email to people you know who would want to support us with selfie.

We look forward to seeing your beautiful faces on social media while we blockade the war makers.

With thanks and in peace,