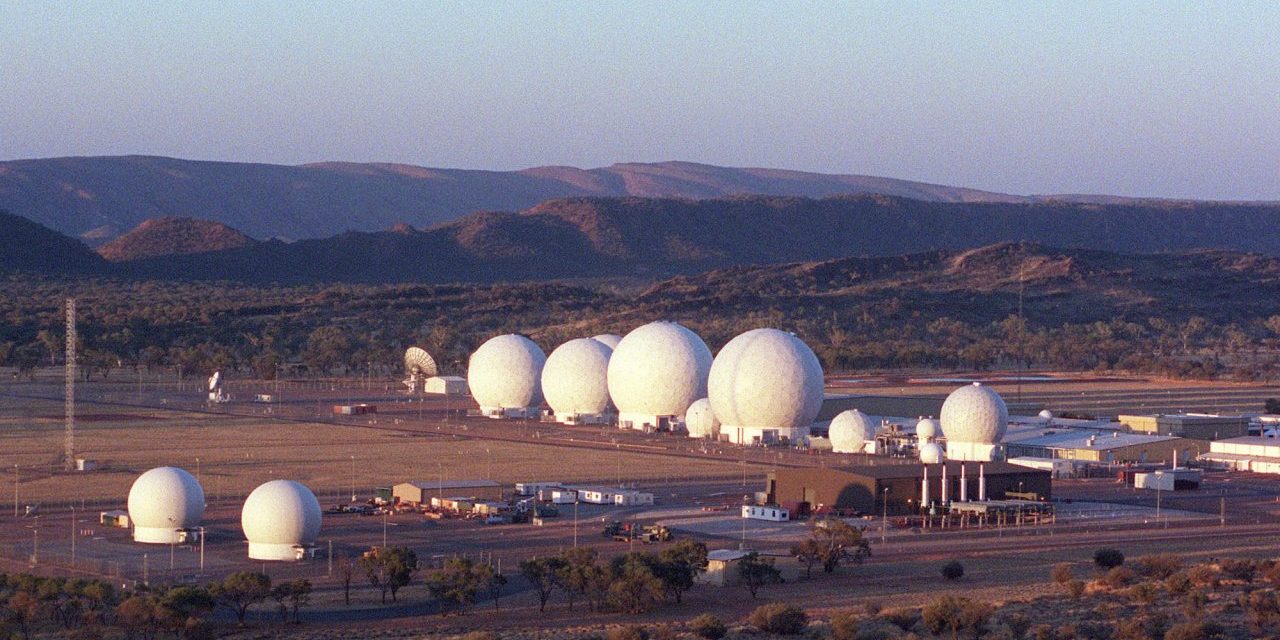 When six pacifists were arrested in 2016 at the US’s Pine Gap military intelligence facility, the Crown called for custodial sentences. This week the Northern Territory Supreme Court issued them with fines. By Kieran Finnane.

Grainy CCTV footage plays in the Supreme Court of the Northern Territory. It shows a sunlit dry creek bed fringed with slender gum trees in the early morning of October 3, 2016. A man in red walks slowly along the creek bed, turns, and walks slowly back. An Australian Federal Police vehicle arrives, then another, and a number of uniformed officers get out. It is hard to see, through the trees and scrub, the arrest that follows of 44-year-old Paul Christie.

His charge: entering the prohibited area of Pine Gap, the United States’ most important offshore military intelligence facility, about 20 kilometres south-west of Alice Springs. The “peace pilgrim” would later tell the court he had permission from Arrernte elders to be on their “stolen land”. For some hours he had been praying and singing for their children and children all over the world, suffering as a result of Pine Gap’s “murderous activity”.

Read More in The Saturday Paper
First Published as “Into the Breach” in the print edition.