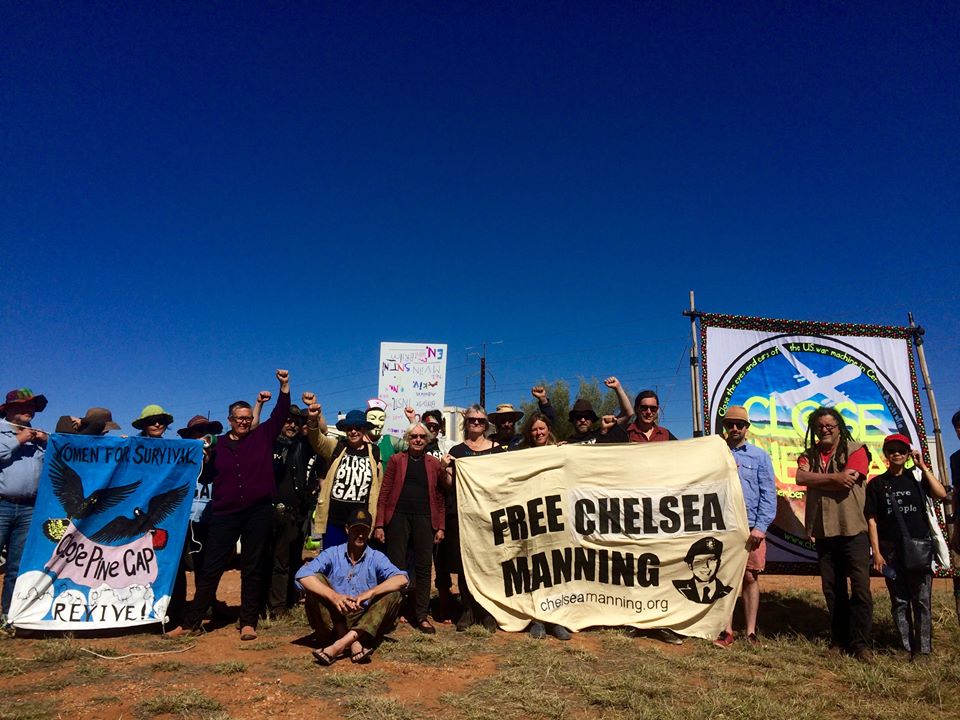 Australian peace activists attempting to close the Pine Gap US intelligence base declare their solidarity with imprisoned whistleblower Chelsea Manning.

Chelsea Manning was a US soldier, arrested in 2010 after leaking thousands of classified documents related to the war in Iraq. In 2013 she was sentenced to 35 years in military prison for the leaks.

Chelsea attempted suicide in July and was hospitalised. Last Friday she was found guilty of charges related to the suicide attempt and sentenced to 14 days solitary confinement.

The Pine Gap intelligence base and the imprisonment of Chelsea Manning are both symbols of the US military’s war on the truth. On one side of the world you have this intelligence base, hidden away in the desert, unaccountable even to the Australian government, which drops bombs with impunity on places where the US has never declared war. On the other side of the world is a person locked up for most of her life for daring to tell what she saw with her own eyes in a US warzone.

Peace will never come from a military superpower spying on the world, killing people in their homes, unaccountable to anyone and willing to go to any lengths to suppress the truth about its actions. Peace can only come from openness, transparency and a willingness to take responsibility for our own actions. Courageous truth-tellers like Chelsea Manning are not criminals – they are our only hope of a better world.