UPDATE: Paul Christie has been arrested and is being held at the Alice Watchhouse.

Peace Pilgrim Paul Christie has been arrested after praying on the mountain at Pine Gap Defence Facility and is being held by police in the Alice Springs watchhouse.

It is not clear what charges he is facing given the challenge to the Defence (Special Undertakings) Act 1952 by Supreme Court Judge Trigg last Thursday.

The police prosecution last Thursday were directed to drop charges against 5 Peace Pilgrims after Judge Trigg announced that the legislation was “a nonsense”.
Judge Daynor Trigg, said  the legislation requires an ‘authority to prosecute’ from the Attorney General BEFORE prosecution proceeds. He added that the law states that ‘prosecution’ starts with charging.
All pilgrims who were lamenting the preparation of illegal war at Pine Gap were immediately released last Thursday.
It is understood the police prosecutor intends to appeal later this month in the Darwin High Court.
————
Paul Christie is expected to appear in court at the 2pm sitting Monday afternoon in Alice Springs.
PHOTO and VIDEO opportunity outside the court following proceedings.
Margaret Pestorius 0410273604
More information at www.closepinegap.org/media

The Peace Pilgrims continued last night building a culture of peace with lamentations, ceremony and prayer on the hills overlooking the secret US Spy base that is Pine Gap.

Paul Christie of Cairns, and a member of the Australian Peace Pilgrims, has come all this way to answer the call from the Arrernte elders, past and present, to begin the process of closing down Pine Gap.

“I have been called to carry out a healing ceremony for the land and for its people, the Arrernte people, for the water that runs under the base and through us all, for the families destroyed by the US war machine and to pay respect to the ancestors who walked this land for thousands of years” 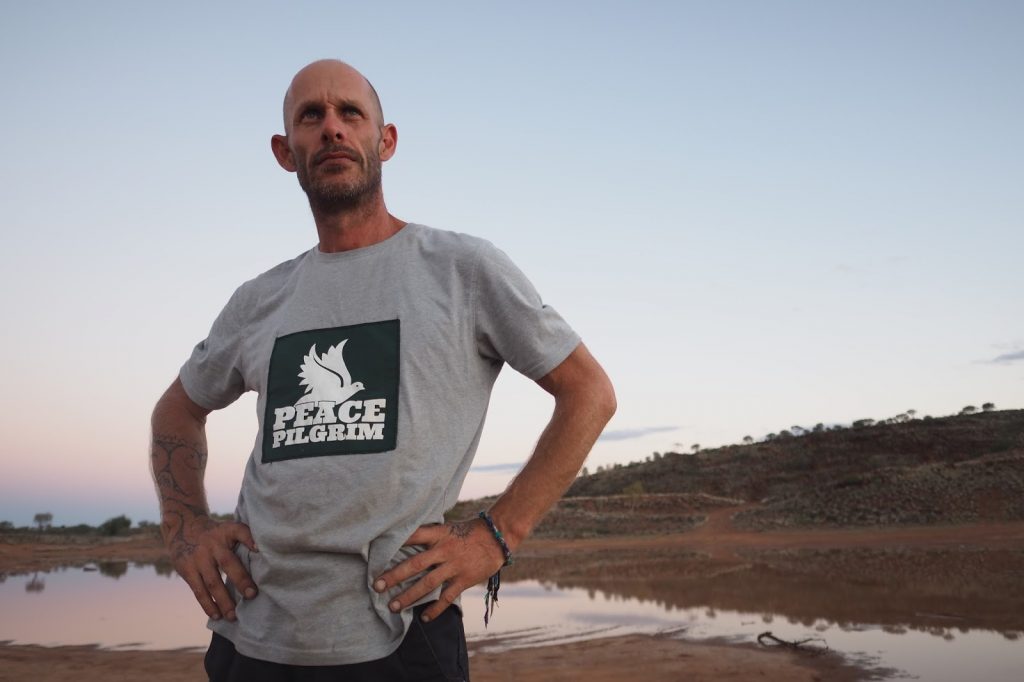 “I am one humble man that will walk the land with the permissions of the elders past and present. I do not do this as a protest but as the right thing to do, I do not disobey the state for the sake of disobedience but because what I do I feel we all must do. Face the horror, face the denial and expose it”

As the convergence of Peace Makers from across the country and the world come to a close there is a stronger sense of empowerment, inspiration and encouragement to continue together to raise awareness, build community and strengthen the network of peace makers across the world.

“The war culture will end, it is up to each of us, in our own way, to help that happen sooner” says Paul Christie.

Paul Christie is attends the convergence with the Peace Pilgrims who earlier this week entered the base to pray and play a song of lament on the hill overlooking. Their charges were thrown out of court on Thursday by Alice Springs Supreme Court Judge Mr Trigg.