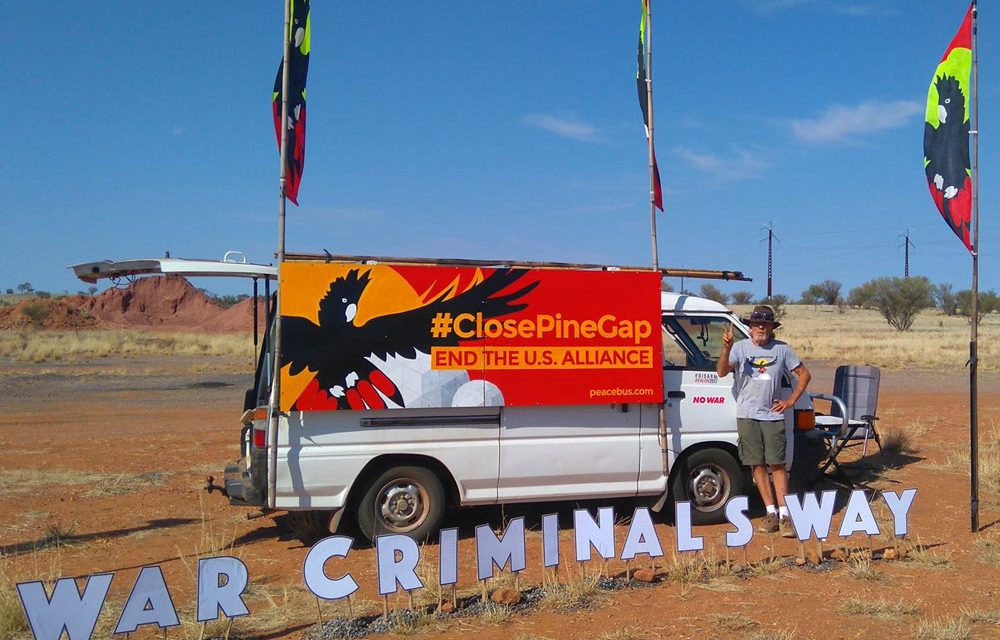 by Graeme Dunstan. 10 Nov 2017
Bec and I set up a photo opportunity for the Peace Pilgrims on the road from the Stuart Highway to the gates of Joint Defence Facility Pine Gap.

This was a Peacebus rig of Redtail Cockie flags and cardboard mounted letters which spelled out WAR CRIMINALS WAY set up by the road at 7.30 am – viewing for the shift change of Pine Gap spooks and corporate contractors. Some 800 US and Australian military, security and corporate technicians are employed at Pine Gap.

Last year we peace activists had announced this name change and, even though the local Murdoch media were reluctant to report it, the action had amused locals and had been widely noticed.

Here was a reprise with better art work – 400 mm high letters on cardboard legs held upright and in place by ballast of rocks and gravel. Alas the pernicious wind played tricks and Bec and I spent a lot of time re erecting fallen letters.

As promised Andrea Johnson of the Centralian Advocate came at 10 am with photographer Emma and set about interviewing and getting mug shots and group shots of the Peace Pilgrims, carefully keeping “War Criminals” out of frame.

The heat and the flies were oppressive. Hanging in the air, the smell of carrion from nearby roo road kill. Dragged further away and down wind, a parade of hundreds of displaced and desperate maggots came wriggling by Peacebus. Very strange.

Photography done, we were quick to retreat back to Alice Springs. 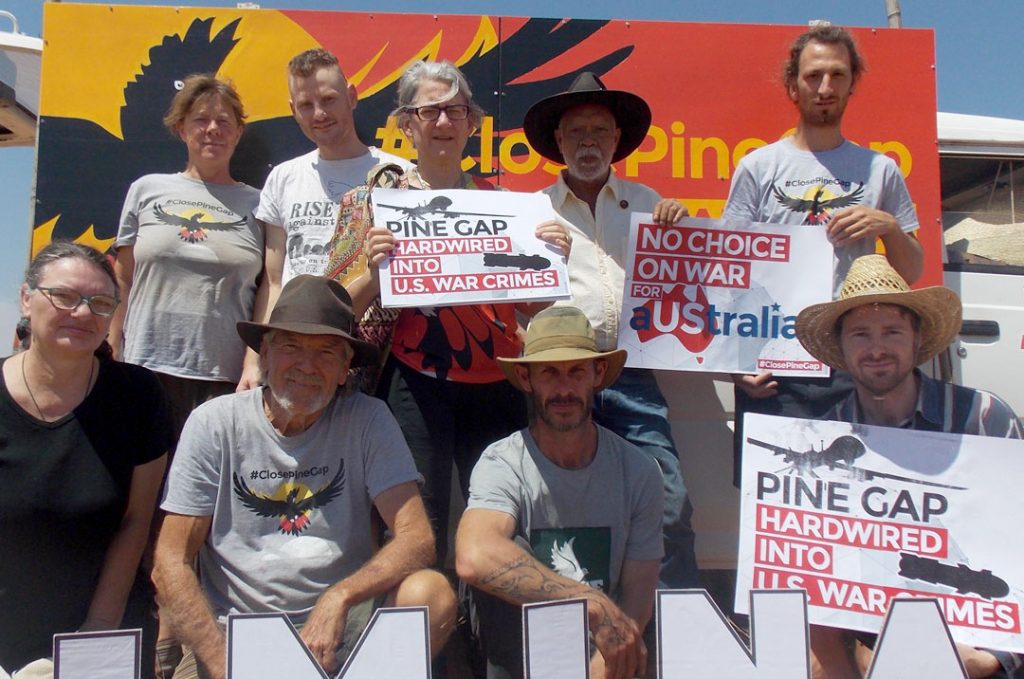