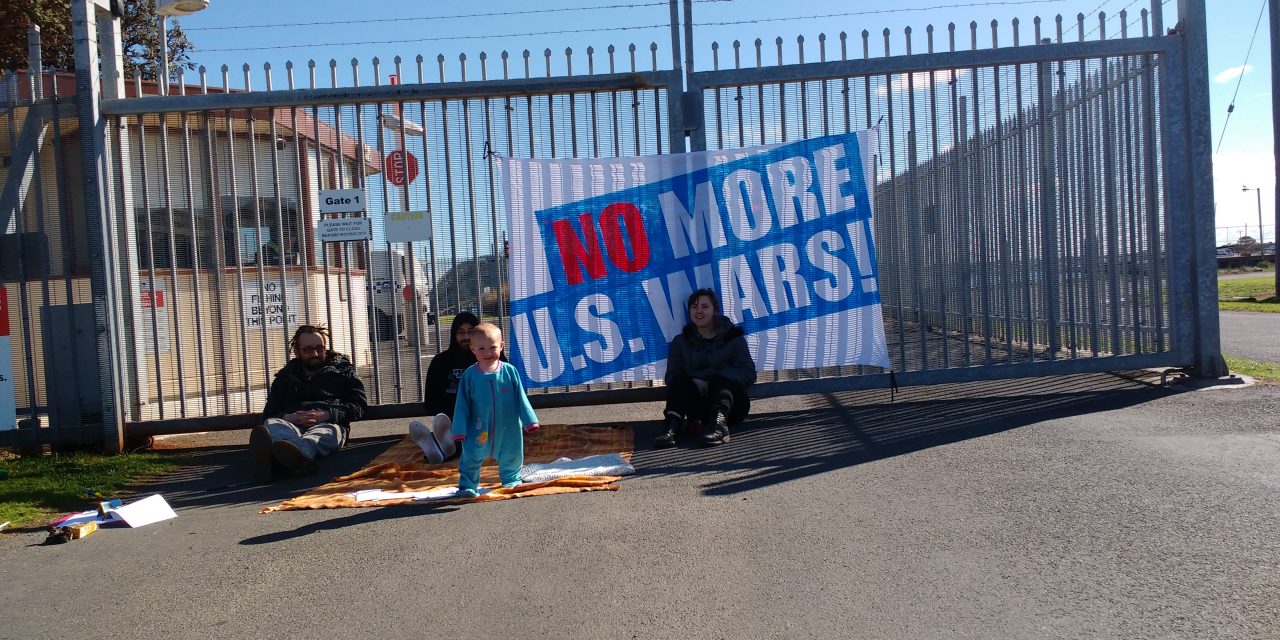 For the second consecutive day, peace activist group Swan Island Peace Convergence (SIPC) are successfully blockading the only road onto the secretive military base at Swan Island in Victoria.

SIPC Members in front of the military base yesterday. Photo: SIPC

SIPC has held protests and direct actions at the base every year since 2010. This year the Convergence coincides with related protests at the secret US military intelligence facility at Pine Gap, just outside Alice Springs. There, a number of demonstrators from around Australia are highlighting the facility’s involvement in civilian-killing drone strikes and widespread surveillance of citizens.

Margaret Pestorius, a seasoned peace activist and social worker who has traveled from Cairns to Pine Gap for the protests, identifies the US base as an obvious military target which actually puts Australians at greater risk rather than protecting us.

Shane Anderson, an organiser of SIPC, believes “It is ridiculous that Australian defence personnel are actively involved in illegal extrajudical killings. That is what’s wrong with Pine Gap: it is Australian participation in drone warfare”.

Anderson says the SAS and ASIS members who train on the Swan Island base are deployed in many countries where Australia is not even at war, and that this has contributed to the ongoing destabilisation of the region rather than to the stated aim of bringing peace.

SIPC are not the only people who have been trying to raise these concerns. Not long before his death, former Liberal PM Malcolm Fraser wrote a book called Dangerous Allies, which argues that it is no longer in Australia’s strategic interest to have a strong military relationship with the US and we would now be better off with a more independent foreign policy.

In 2014, four members of SIPC were assaulted by SAS soldiers when they peacefully entered the base with the intention of shedding light on its role in illegal US wars.

Sam Quinlan, one of the four, said “They knew we were peaceful protestors who had been there all week, which reveals their conduct as disproportionately violent. Their treatment of us amounted to torture and a breach of human rights laws. This raises grave concerns about the fate of their victims, in less fortunate nations, who don’t have the kind of access to the media and the legal system that we have”.

“We want to know what’s being done in our name with our tax dollars, but we’re not told, and I’m not comfortable with that”, says community worker Samara Pitt, also at Swan Island this week. “This country’s aggressive military conduct is still costing innocent lives, so we still need to protest.”

Karen, another member of the group, says “We hope people around Australia will see what we’re doing and begin to ask questions about Swan Island and Pine Gap, and more broadly about the nature of our military alliance with the US. If that had been the case in 2003, our troops may not have joined the mess that was the Iraq invasion.”

Advocates are also amplifying calls from other groups, such as the Greens and Australians for War Powers Reform, that the decision to go to war must be debated in the Parliament, particularly in light of lessons from the recent Chilcot report. 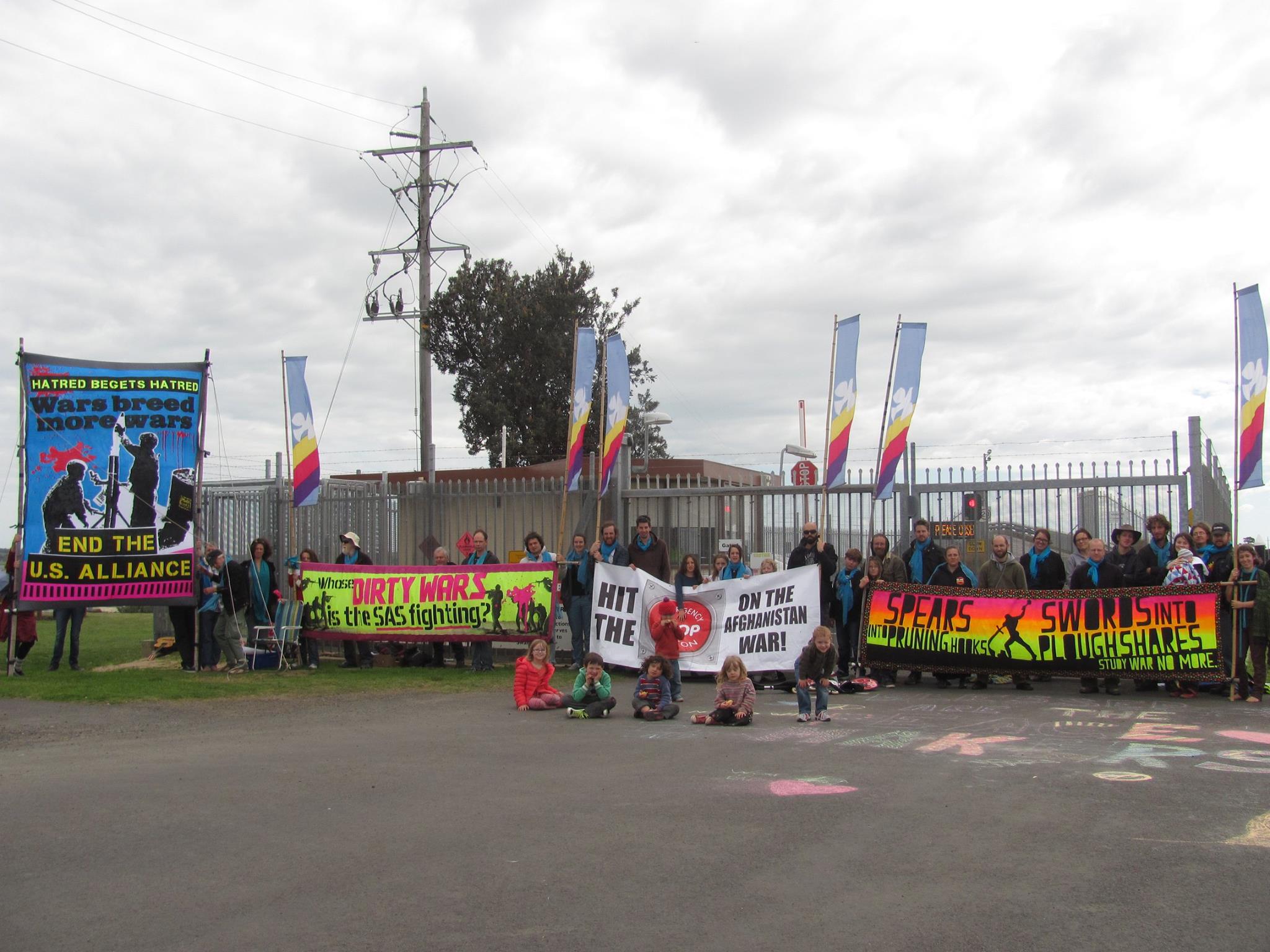