Peace Pilgrims fight Pine Gap charges: their actions intended to defend themselves and others from imminent disaster 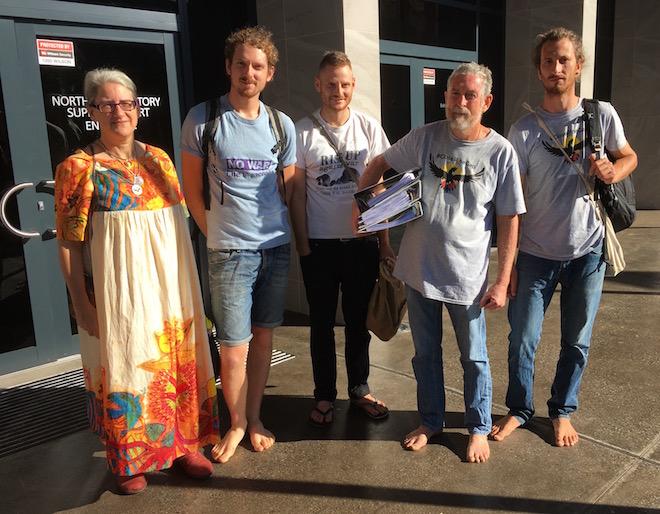 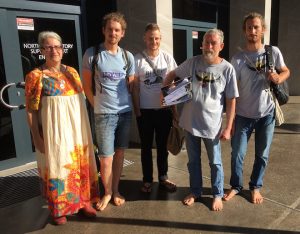 In the early hours of 29 September last year, five people were allegedly detected standing on rocks on a steep hill within Pine Gap military base boundaries, playing musical instruments – a lament.

All five stand charged in the Supreme Court with entering a prohibited area under the Defence (Special Undertakings) Act 1952. One of the five, Andrew Paine, is also charged with having a photographic apparatus (a mobile phone) in the prohibited area. The charges carry a maximum penalty of seven years in gaol.

The other four are Margaret Pestorius, James (Jim) Dowling, Timothy (Tim) Webb, and Franz Dowling. They call themselves Peace Pilgrims and their trials, joined for convenience, started today. It follows the trial of their fellow Pilgrim, Paul Christie, found guilty of the same charge (in a separate incident) yesterday.