Peace Pilgrims: evidence on why, not if they were at Pine Gap 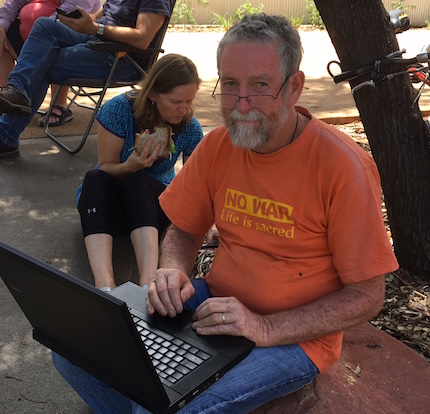 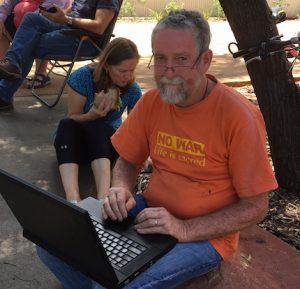 The five Peace Pilgrims defending their actions in the Supreme Court are continuing their efforts to put before the jury evidence of why, not if, they were found within the boundaries of the Pine Gap military facility in the early hours of 29 September last.

Jim Dowling, cross-examining witness Sergeant Kenneth Napier of the AFP’s Protective Services, an employee at the base for some 25 years, asked if security at the base had been beefed up after the incursion onto it by peace activists 10 years ago.

Mr Dowling asked whether Raytheon was a large private defence contractor at the base.

Objection on relevance by the Crown.

Mr Dowling explained that this would be relevant to the group’s defence, that they were trying to avert imminent disaster and death of themselves and others. They would be presenting evidence that Raytheon is one of the world’s largest suppliers of weapons, and Pine Gap’s involvement in providing targeting information for those weapons.